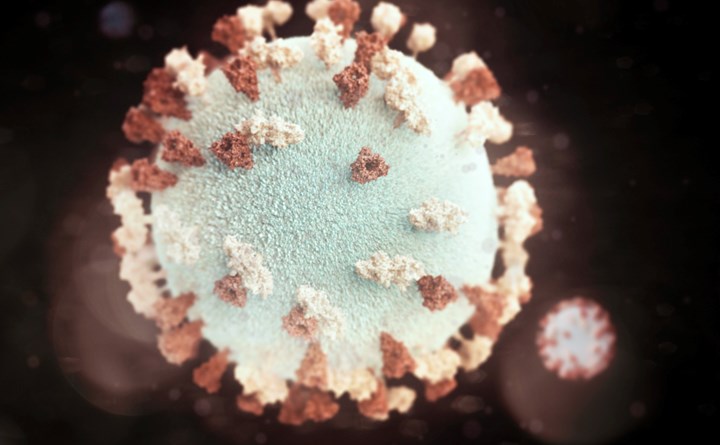 Covid-19 restrictions at the borders

Restiction on travel to Denmark

You will find an updated list of these restrictions in our article on the Danish border.

Go to our article about the Danish border

Restrictions on travel to Sweden

You will find an updated list of these restrictions in our article on the Swedish border.

Go to our article about the Swedish border

Tax when working from home

In response to the covid-19 crisis, both Swedish and Danish national governments have introduced restrictions to limit the spread of the disease. As a result, many cross-border commuters have been working from home, either fully or partially during 2020/2021.

If you are required to pay taxes, and therefore declare your income in both Sweden and Denmark, your taxes in one country will be deducted from your taxes in the other country. There is never any question of double taxation.

More information on taxation during covid-19 at skatteverket.se

If the covid-19 crisis meant that your income changed - for example, if you have been working les hours, or if your taxable income is not split over two countries - then it is important to remember to update your preliminary tax return.

If your estimated income is too high, it will result in you paying too much in preliminary taxes. The difference between real and estimated taxes will not be returned to you until after you have completed your final tax declaration in June.

Social insurance when working from home

Försäkringskassan and Udbetaling Danmark have agreed on an exemption from certain social insurance rules - such as in which country cross-border commuters should be insured and in what country the employer pays employer contributions. This means that cross border commuters should not be affected by the restrictions imposed by coronavirus/covid-19.

Unemployed or furloughed because of covid-19

If you live in Sweden and lose your job in Denmark

You should register with Arbetsförmedlingen in Sweden on your first day as unemployed. To receive income-based unemployment benefits, you need to become a member of a Swedish a-kassa.

In some cases, you might not lose your job but you might be put on reduced hours. In that case, you should contact the Danish Jobcenter to receive Danish a-kasse to make up for your lost hours.

In our guide "Stop working in Denmark", you will find more information on what to consider when you lose your job in Denmark. This guide provides useful information both if you are let go from your job, or if you choose to leave yourself.

If you are not entitled to unemployment benefits based on your income from Denmark – for example Danish a-kasse or Danish parental benefits, then you should belong to a Swedish social insurance as a job seeker.

If you are entitled to Danish a-kasse or Danish parental benefits, then you will continue to socially insured in Denmark until the payment of that specific benefit stops.

If you start working in Sweden during your leave of absence, regardless if you are compensated or not, then you should be socially registered in Sweden.

The main rule is that you cannot receive compensation from a Swedish a-kassa when you are on a leave of absence from a job in Denmark. There are few, very specific, exceptions.

A leave of absence does not count a “time worked”, or “skippable” time in Sweden. This could mean that if you lose your job during/after your leave of absence, you might not be entitled to compensation from a Swedish a-kassa.

More information at a-kassa.se (in Swedish)

Similarly to the Swedish rules, leave of absence is not generally grounds for dagpenning. However, in certain cases, the Danish employer and the trade union could negotiate the opportunity for you, provided that you are a member of a Danish a-kassa. This could, for example, be cases when the employee is forced to go on a leave of absence of be fired. It is important to check with your trade union and your a-kasse in Denmark what applies to you as a cross-border worker before you accept a leave of absence.

Danish a-kassa is usually taxed in Denmark, but you could also be taxed in your country of residence. This does not mean that you will be subject to double taxation since you can request a deduction of your Danish tax in the Swedish income declaration.

This means that you should declare a-kassa/dagpenning in two countries, in the Swedish tax declaration and the Danish årsopgørelse, the year after you receive the benefit.

Adapted rules for a-kassa in Sweden

The Swedish government has adapted the rules governing unemployment insurance during the pandemic so that more people qualify for unemployment benefits. Read more about the adapted rules below.

Adapted rules for a-kassa in Denmark

The Danish government has announced adapted rules for a-kassa membership in Denmark during covid-19.

More information can be found here (in Danish)

Furloughed cross-border commuter with a Danish employer – with salary

The Danish government is offering a financial aid package to companies having to temporarily furlough their employees due the coronavirus/covid-19 crisis.

If your Danish employer makes use of the Danish states’ salary compensation program, and you have received a written confirmation that you will continue to be employed, then you will receive full pay in the meantime. You must be at your employer’s disposal and be able to return to work when the employer finds it appropriate. Your contribution is that you give up 5 vacation days. Your employer will receive a large portion of the cost from the Danish state.

In Denmark, furlough compensation is considered the same as wages for work. That means that the compensation should be taxed in Denmark.

Taxation of furlough compensation for individuals employed in the airline sector

So called “flygande personal”, who are employed in the airline business will be taxed in Sweden. Since the furlough compensation is considered wages in Sweden, these will also be taxed as wages.

Furloughed cross-border commuter with a Danish employer – without salary

If you are laid off without pay, but still retain your employment, contact your Danish a-kassa immediately to apply for a daily allowance (dagpenge). Ask to speak to someone who knows about EU regulations.

If you are not a member in a Danish a-kassa when you work in Denmark, then you cannot receive a daily allowance (dagpenge) from Denmark while you are furloughed.

Find more information in our article on a-kassa

Other information regarding covid-19 in the Øresund region

The use of coronapass is still required on certain occasions in Denmark, for example when travelling, or when visiting a hospital or home for the elderly.

The corona passport or equivalent documentation shows at least one of the following:

If you don't have the standardized corona passport valid in all of the EU, your document has to have clear information with dates of vaccination/testing, and your name and date of birth, same as on your valid identification.

Read more about the rules on coronasmitte.dk

You can find answers to the most frequently asked questions regarding vaccination at 1177 Vårdguiden. Here you will find answers to questions such as: When can I get vaccinated? Can I book an appointment, and if so, how?

More information on the rules in your region on 1177

If you are registered as living in Denmark, you have the right to get an covid-19 vaccination in Denmark.

This also accounts for individuals, that are socially insured in Denmark, but live in Sweden. You will then still have the right to be vaccinated in Denmark using your "special insurance card" ("særligt sundhedskort"), where your CPR-number is stated. If you have NemID, you will automatically get an invitation when it's your age groups turn to be vaccinated. In that case, you will get an invitation to book a time slot at vacciner.dk.

If you dont have NemID, you wont get an automatical invitation. In that case, you will have to contact your local region in Denmark, when its your age groups turn to be vaccinated.

Information about tests in your region can be found on 1177.se

Find more information about travel certificates at 1177.se (in Swedish)

Test as a travel certificate

The Danish police accepts both PCR-tests and antigen-tests, but not anti-body tests. Several pieces of information have to be included on the test certificate such as your name, the time of testing and who issued the certificate. Tests can be presented either on paper, or digitally – for example on the phone. Test results who are not negative will not be accepted.

There are also private actors that offer covid-19 tests.

List of private testing agencies at folkhalsomyndigheten.se (in Swedish)

Please be aware that:

You can book a PCR-test in Denmark if you have a Danish CPR number.

Log in with NemID at coronaprover.dk to book a test

In Region Hovedstaden you can pay for a quick test (“kviktest” or antigen tests) or PCR-test.

Find a place for test on cphmed.dk

Did you find this information relevant?

Travel restrictions on travel to Denmark

To limit the spread of covid-19, the Danish government may introduce travel restrictions and border controls by the Danish borders. This can also affect the border between Denmark and Sweden. Read more what this means for travellers and cross-border-workers in the Oresund region.

Travel restrictions for travel to Sweden due to covid-19

There might be different restrictions when entering Sweden. Below, you can find relevant information on current laws regarding trips to Sweden.